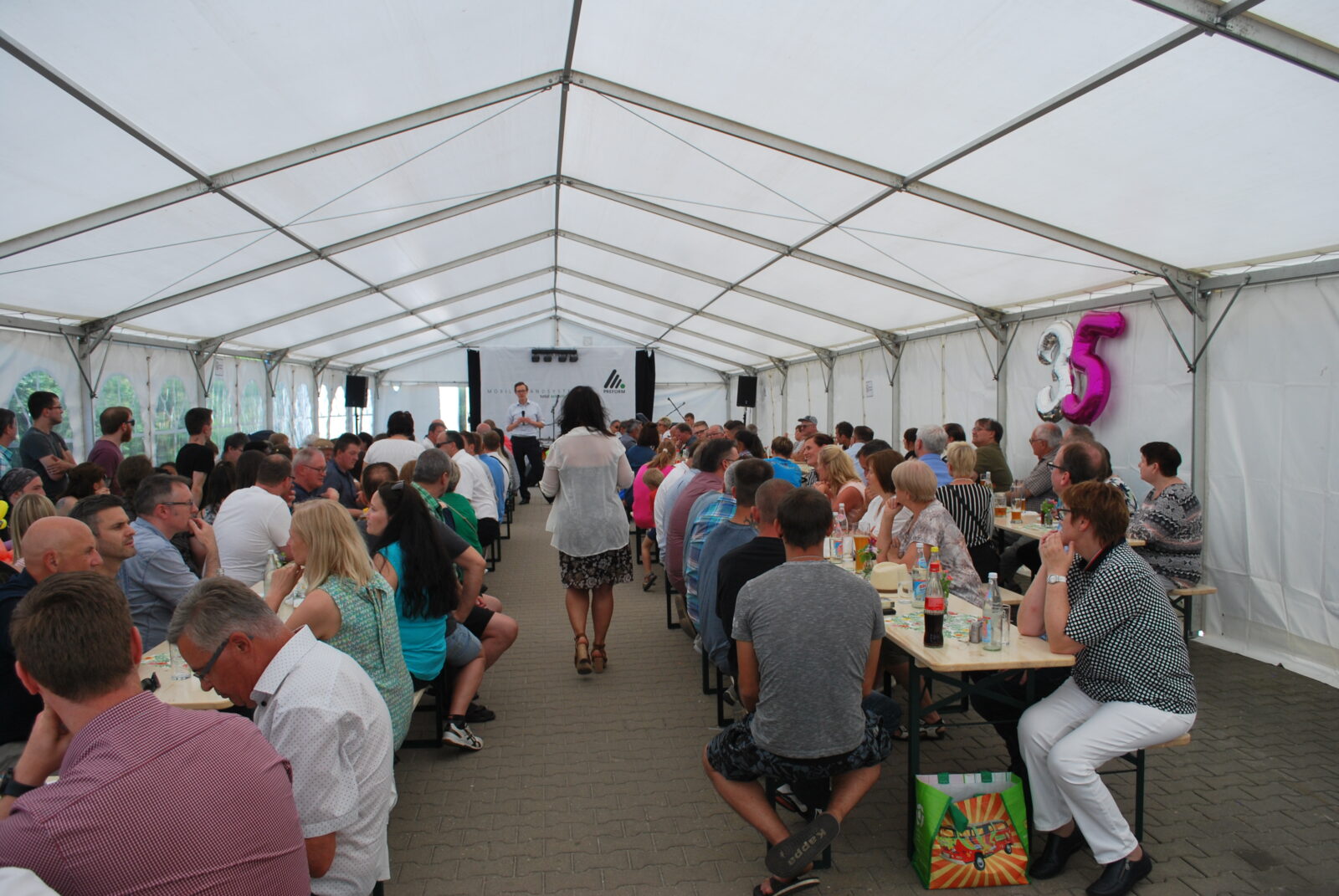 The company history of PREFORM GmbH

PREFORM has been the leading acoustic consultant in Europe for over three decades. Based in Feuchtwangen, Germany, PREFORM GmbH creates innovative solutions for better acoustics and effective sound insulation in the office.

After industrialization, the 20th century became the stage of another turnaround in the western working world: within a short period of time, the majority of the population worked sitting at their desks. The office became the central focus work-life bringing more and more challenges with increasing size.

The desire to create a human and modern workplace was the trigger for the foundation of PREFORM GmbH.

In the early days, PREFORM GmbH  produced movable walls, which were manufactured to visually and acoustically structure large office units. Our company name blends the words PREcision and FORM – these are still two of our core competences today.

Since our  foundation in 1984, we are proud of several important milestones that have distinguished our company to this day:

Developed and designed by people for people

For 35 years now, people have been the focus of our attention.

Therefore, we are constantly expanding and improving our range of acoustic solutions in order to create the best working conditions for people in the most diverse fields of activity.

Our engineers and product designers have set themselves the goal of creating modern and healthy offices in which each individual employee can develop his or her full potential. In this way, we also pursue a progressive HR policy within our company, focussing on the satisfaction of our employees.

Only together, we are strong for you .

Sustainable products, for the generation of tomorrow

Today we are setting the basis for the generations of tomorrow. PREFORM therefore exclusively uses ecologically harmless materials such as our patented gypsum foam from our own production. We work with regional partners to reduce our CO2 emissions through short delivery routes and ensure full transparency of the production and supply chain. Quality and sustainability are our core values at PREFORM.